If you were lucky enough to get your hands on one of the first versions of the Printrbot Metal Plus printers, model 1504, you are probably a very happy person. 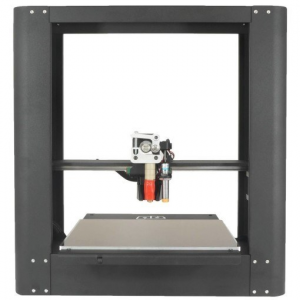 These printers are such a huge improvement from the previous wooden Printrbot Plus versions given their rigidity from the metal frame and experiencing-altering upgrades such as an auto-leveling bed. But, if you have one of these Printrbot Metal Plus printers, there are three modifications that are critical. If you bought your printer in June 2015 or later, these modifications should already be included in your kit or built Printrbot Metal Plus. If you bought your bot prior to June 2015, you should definitely check and order these (some free) upgrades from Printrbot if you don’t have them on your machine! Note that the first two upgrades are specific to the Printrbot Metal Plus, but the third (extruder) upgrade is something that anyone with a metal Printrbot printer (especially the Printrbot Metal Simple) should be looking to do as an upgrade.

Here is a brief description of the three mods: